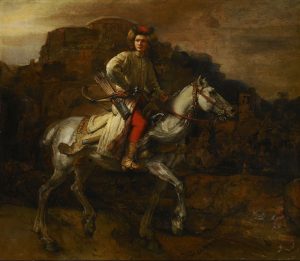 Lisowczycy also known as Straceńcy (’lost men’ or ’forlorn hope’) or chorągiew elearska (company of elears (pl)); or in singular form: Lisowczyk or elear) – the name of an early 17th-century irregular unit of the Polish light cavalry. The Lisowczycy took part in many battles across Europe and the historical accounts of the period characterized them as extremely agile, warlike, and bloodthirsty. Their numbers varied with time, from a few hundreds to several thousands.